The Riviera Maya Jazz Festival is celebrated by both locals and visitors alike, who gather in Mamitas Beach in late November every year since 2003 to enjoy great jazz players like George Benson, Tower of Power, Sergio Mendez, Spyro Gira, Herbie Hancock, Celso Pina, Earth, Wind, and Fire and many more. The event marks the beginning of the high season in Playa del Carmen, producing a spike in business for three days. 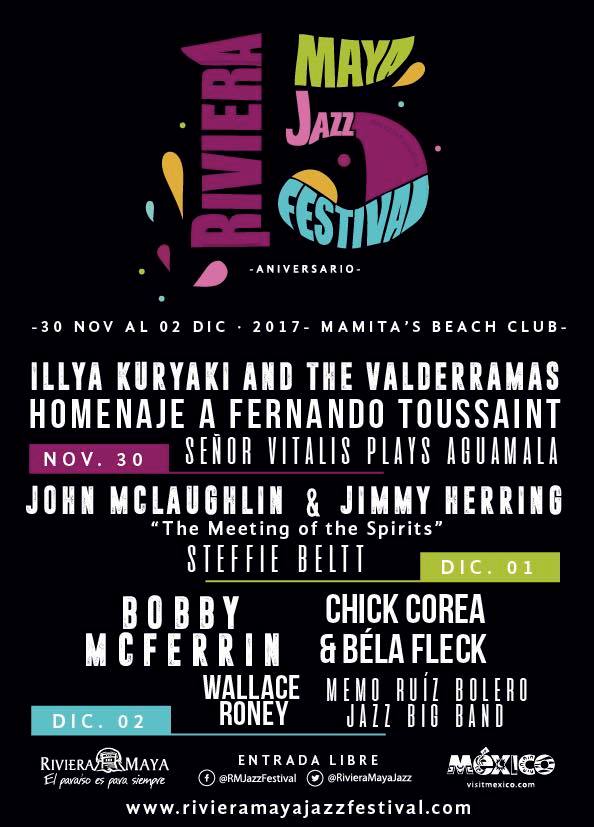 The coming one is special. On its 15th anniversary, the festival will open with a tribute to former producer Fernando Toussaint, who past away on February 25th of this year. As he had proposed, this anniversary will bring together many stars from former editions along with the new participants.

If you decide to go, just follow 28th St. to the beach and follow the music! If you really like it, you should get there early to save a place, and maybe bring some blankets, beach chairs, snacks and drinks too, since alcohol is tolerated. But remember this is a free event lasting 4 to 5 hours, and it will get crowded (the average attendance is well above 10,000 people each night). After that, only the early birds will remain seated. Of course, if you’re absolutely into it, you could try to get into the much less crowded VIP area.

The festival continues to grow bigger every year, so why not watch it next year from the balcony of your new downtown Playa del Carmen condo?