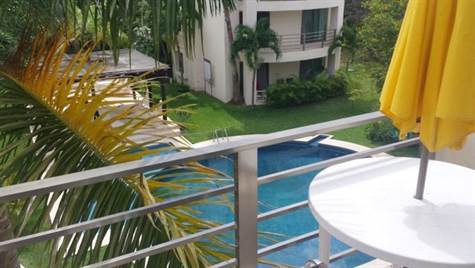 Large pool, near shopping and services

Ejido Town, Playa del Carmen – In a quiet area, this spacious two-bedroom condo for sale includes 2 bathrooms. A quiet, beautiful and restful place to live.
Common area and pool are very well maintained. With a 24-hour security guard on duty you will enjoy peace & quiet.
Spacious, modern and cheery, this condo has 3 balconies, one of them facing the pool. Ceiling fans, oven range, stove, hookups for washer/dryer, 3 air conditioning units, 3 hurricane storm shutters and a well-furnished condo.

Highlights of property :Great for living or for a rental investment. Enjoy the large pool to cool off and enjoy the outdoors

Community description :A quiet neighborhood, close enough for shopping, going to the beach, and quick highway access for day trips to Tulum, Akumal + so much more.

Highlights of surrounding area :Walk to nearby parks, bicycle path. 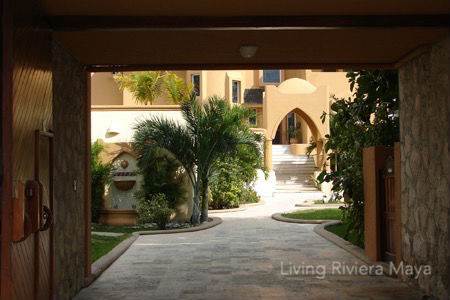 Luxury on the Water 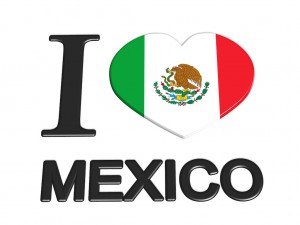 The advantages of living in Mexico

Mexico and its all-year-round warm weather is a popular destination amongst American and Canadian tourists. In 2014, 1,598,000 Canadians visited Mexico, up from 692,000 in 2000, according to Statistics Canada. Canadians account for about a third of all foreign retirees in Mexico, according to the Mexico Tourism Board.

Canada’s department of foreign affairs estimates about 125,000 Canadians live at least part of the year in Mexico but why is that? Well, there are several reasons but one of the most important one is surely this one:

What makes Mexico really attractive is the cost of living! In short, people can live in Mexico, a life that they can’t anywhere else.

Indeed, housing has extremely high standards…The same as what you would have in Canada or the US: Full kitchen with all useful appliances, good internet connections, AC, etc. But for a fraction of the rent, you would pay back home. And if you decide to buy a place and furnish it, you will be able to find local craftsmen who can do fitted kitchen etc…again…for a fraction of the price!

Food is also an important element! Mexico’s culinary tradition being part of UNESCO’s world heritage, you can be sure that you will always have something to satisfy your taste buds. Just as an example, a street meal won’t cost you more than 5$. And if you decide to cook your own food (totally possible since you will have a fully furnished kitchen), you will most definitely save even more on your food budget.

Since most people moving to Mexico are retirees or snowbirds, something very important to consider is health care. Well you will be happy to learn that Mexico enjoys extremely good health care. As good as in the US or Canada…even better maybe as the price for dental cares and health services, in general, are less expensive, with better service and less waiting time!

In addition, keep in mind that the “better life” part often includes a maid, gardener, or inexpensive babysitter in the mix…

Of course, if you’re considering moving to Mexico to live full-time or part-time, there are other things you should keep in mind:

Transportation: On that side, you are also lucky! Not only is Mexico a very accessible country from the US or Canada; there are several international airports throughout the country, but there is also excellent and safe bus service to travel around the country or between cities for not very much and local public transport is well developed in even the smallest towns. So most of the time, you won’t need a car.

Last but not least…visa and immigration paperwork! Mexico is probably one of the easiest destination in that regard. Upon arrival, you can ask for an 180 days visa which you will get instantly and that you can renew as often as you want (as long as you leave the country for a couple of days and reapply for one when you come back). However, becoming a permanent resident of Mexico requires several years of living in the country: four for most people, two for those married to a Mexican national.

Safety: We often hear terrible things about violence in Mexico but all in all, Mexico is a safe country. Of course, you should do a little research before you move anywhere but all popular cities and regions amongst expats (such as Riviera Maya), are extremely safe!

Steal of a Deal 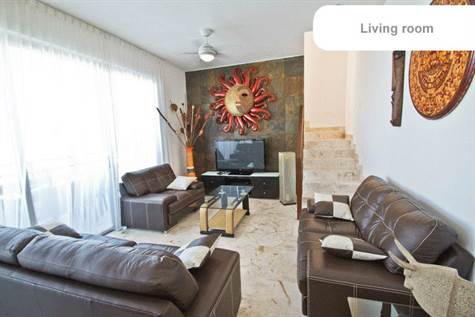 Coco Beach, Beachfront – Representing a solid purchase, this 2 bedroom penthouse condo for sale in one of the best locations of all the Riviera Maya is well located.
The building sits directly across from the beach and is in the north part of Playa del Carmen, with 5th avenue accessible within a few steps.

If you are looking for a holiday spot, a place to live or a great investment and vacation property, don’t miss out on this wonderful place.

The condo is fully titled so you can enjoy full ownership. Inside the condo, there are granite countertops in the kitchen, with stainless appliances, marbled bathrooms, slate wall and ceramic tile floors. The living room opens by sliding glass doors onto a large terrace where you can enjoy indoor-outdoor living and a partial view of the ocean from the terrace.

Going upstairs to the private roof top deck, you will see more of the ocean and be able to enjoy this wonderful outdoor space for bbq dinners or just relaxing after a day in the sun.
The terrace is one of the only 4 condos that adjoins directly to the rooftop pool of the building where you will enjoy spectacular wide views of the Caribbean for more than 180 degrees of viewing.

On top of all this, it has a great rental history so you can make money on your vacation property while you are not using it. The owner has offered to provide the database of renters to the buyer for a guaranteed vacation rental investment.

In summary:
Casa del Mar sits across from the ocean in the north part of Playa del Carmen called Coco Beach.
It is approximately 200 meters to walk to Playa del Carmen’s famous 5th ave where you can enjoy coffee, shopping, gourmet dining and socializing.
The condo we are discussing is on the side of the building and has a side view of the ocean.
When you go upstairs you will have a large open sweeping view of the sea.
Large rooftop pool with lounging areas
Parking spot outdoor is designated
3 elevators in the building that go all the way up to the rooftop pool

Let us show you the way to great real estate investment in Playa del Carmen. 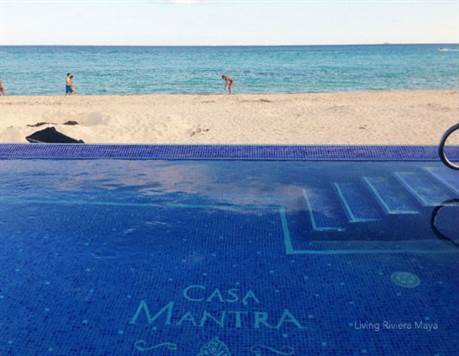 This is the area you want to live in. Located in a highly sought after area. Enjoy beaches, Mayan Ruins and so much more.

This is a LUXURY Oceanfront RESIDENCE FOR SALE PLAYACAR.
Waterfront home has stylish and spacious living areas equipped with imported granite kitchen, marble floors, 7 bedrooms each with bathroom, swimming pool with terrace and sea views.

Call us to see this beautiful home right on the beach ! 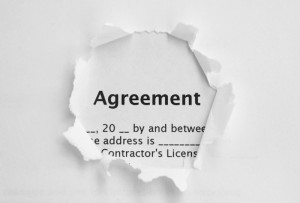 If you are not familiar with the buying process of a property, here is a little explanation about the different stages and steps, in particular the «Promissory purchase and sale agreement», also known as «Promissory agreement» which will be the foundation of your transaction because it contains all the important elements and details to close the deal.

The first stage is called: The pre-closing

You have found the property of your dreams, you are ready to buy it. You will then make an offer to the seller with the various conditions you want from the seller (e.g. price, furniture included or not, renovations to do before the official sale takes place, etc…). You will submit it to the seller and if he/she agrees, you will move to the closing process, the next stage.

In the closing process, the most important document is the “Promissory (purchase and sale) agreement”.

But what does it contains exactly and why is it important?

In the “Promissory agreement” you will find:

The “Promissory agreement” will then evolve and mature into the final document: The “Deed”. This last document will be formalized by a public notary, the last stage, is when the buyer pays all closing costs associated with transferring the deed in their name. And last but not least, that last document is submitted to the public registry for recording.

But as you can see the most important stage is the “Promissory agreement” because all the rest of the transaction ensues from that document. 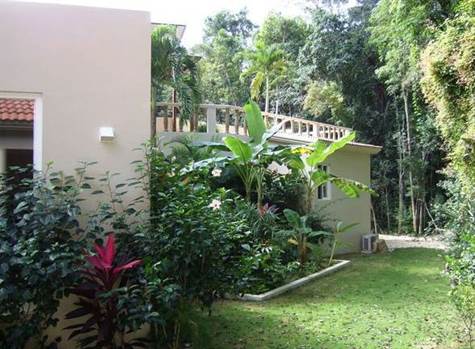 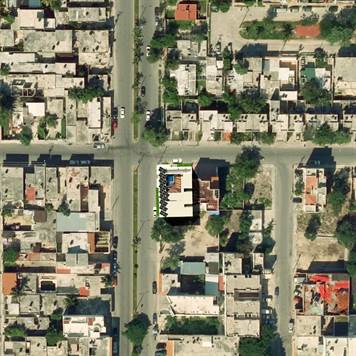 Playa del Carmen, Quintana Roo – This complex brings a combination of sustainable practices such as the eco-friendly architecture and use of renewable energy.

The building is designed to minimize power consumption .
Green walls and foliage to help maintain cool temperatures on terraces .
Use of natural and local resources for general building materials encouraging regional communities, thus contributing to reducing the carbon footprint during construction.
Solar panels : on the terrace to generate energy for common areas consumption and decrease maintenance fee.
LED lights in common areas

Located in the center of Playa del Carmen, are perfectly located.
Close to famous Fifth Avenue and the most beautiful beaches of the Mexican Caribbean. The complex has a total of 16 studios with 2
rooms averaging 645 square feet (60 m2)

These new condos for sale are in a Premium location.

Call us to see these new condos or contact us to see any property along the Riviera Maya. From condos, homes or villas, we can help you find your dream home in the Mexico. 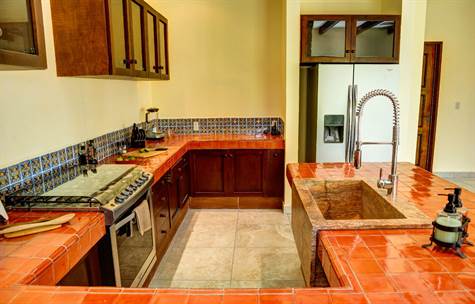 El Cielo, Playa del Carmen – Pre-Sale complex from a reputable building in this El Cielo gated community.
36 condos in 3 towers, each tower will have 3 condos per level with 4 levels each. Elevator in each tower.
Very spacious condos for sale, up to 1560 square feet.

This development will include a park with a freshwater cenote, green spaces, pedestrian areas, benches as well as area for kids.

These are pre-sale prices and won’t last long !

The first 3 condos sold will be delivered furnished !
Delivery time is 14 months from now ! Summer 2017

Unit model available to visit so that you can appreciate the spaciousness of your future condo ! These are custom, so you get to choose your finishes, pick from a modern chic decor or elegant Mexican.

The Penthouse for sale will be an excellent investment, so call now !